This is a resource guide for IPRO teams interested in looking at the ethical issues inherent in their project topics.

In IPROs working with companies, you may be asked to sign a non-disclosure or a confidentiality agreement. These types of agreements are a legal contract between you and the company you are working with that outlines confidential material, knowledge, or information that can be discussed between you and members of the company, but is not to be disclosed to outside third parties.  These kinds of agreements are meant to protect any type of confidential and proprietary information or trade secrets.

When individuals agree to participate in a survey, research project or other activity that asks them to provide personal data, the usual assumption is that the information they provide will only be used for that that particular study, and that their information will not be shared with others, unless they are otherwise notified.  Many legal protections and guidelines exist concerning the proper handling, use, protection, and disposal of personal data.

Many kinds of surveys and questionnaires administered for marketing research purposes may not fall under institutional or federal guidelines protecting human research subjects. However, the Direct Marketing Association has put together a number of guidelines of how personal information should be handled in these circumstances.

Is your team building a smartphone ap, designing a web site, or intersted in exploring the ethics of privacy online? Check out this guide for more information.

The British Psychology Society has put out a rather good set of guidelines highlighting some of the areas researchers should pay attention to when embarking on research that involves using personal data gathered through social media outlets.

Presented below are a handful of case studies that explore issues of handling personal data and confidentiality. 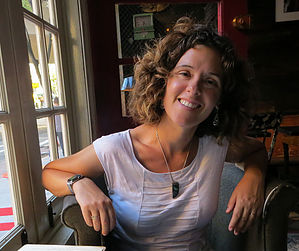